The stained glass windows in our sanctuary (built in 1986) portray our Lord as the Good Shepherd. Each window has a separate theme based on scripture passages describing the love Jesus has for His sheep.

The themes and ideas for each window were originally developed by Richard Ziehr, our pastor. Cecil Casebier of San Antonio, Texas, and artist with an international reputation in stained glass, was commissioned to do the design. The windows were crafted by Statesville Glass of Statesville, North Carolina using European antique glass.

The windows on the left side (as you face the altar) are generally based on the Old Testament and those on the right side on the New Testament. Since the art work is abstract and symbolic, the following guide is offered to help you appreciate the message of our windows.

Christmas Tree Chrismons   Our Christmas Trees have decorations called Chrismons (CHRIST = MONogram) that that proclaim our Lord Jesus Christ through the use of symbols.  The Chrismons Tree originated at Lutheran Church of the Ascension in Danville, VA in 1957. They hold the copyright on the word "chrismons".

Carry Out His Mission

The TV Commercial Good Shepherd ran in Jan/Feb 2007 as part of an advertising campaign.

Filming this video was the conclusion to our unit concerning the Apostle's Creed. The creed and explanation are taken from Luther's Small Catechism. The people in the video are from Good Shepherd Lutheran Church, Shalimar FL. 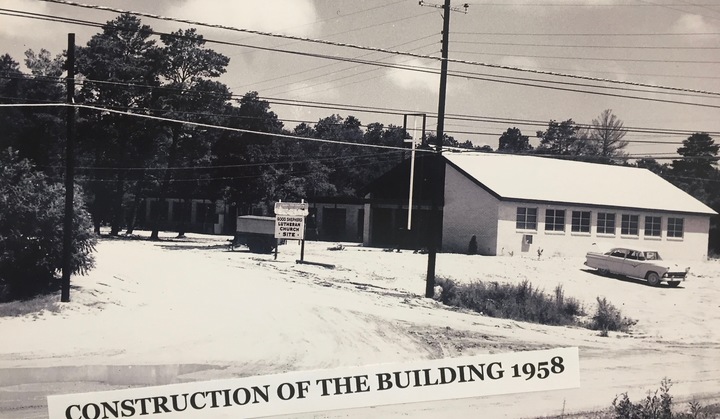